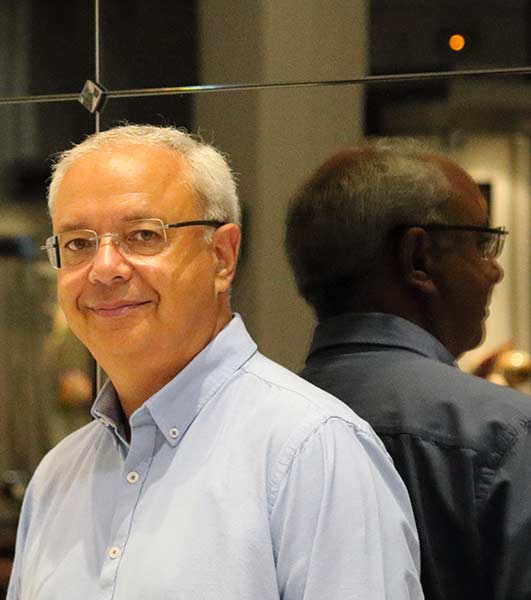 Pascal Proust began his musical studies in Orleans before joining the Conservatoire National Superieur de Musique in Paris where he achieved 3 first Prizes. In 1985 he won the 3rd Prize at the International Competition of Toulon.

He was a member of “les Philharmonistes de Châteauroux “, “ l’Ensemble Ars Noras “ (conductor Marius Constant) and then member of the “ Quintette à Vent de Paris “. With these three groups he gave hundreds of concerts in Europe, the United States, Japan, Polynesia…as well as recorded around twenty records.

He regularly performed within various French orchestras. For over 30 years he has been one of the French horn players of the incidental music at the “Opera National de Paris “.

Holder of the Certificat d’Aptitude (CA), Pascal Proust taught the French horn at the Conservatoire de Châteruaroux then Orléans. He now teaches chamber music at the “Conservatoire à Rayonnement Régional (CRR) de Paris “and at the “Pôle Superieur Paris-Boulogne-Billancourt “

As a composer, we owe him around thousand opus: several collections devoted to the teaching of the French horn but also pedagogical pieces for all instruments, chamber music and various large musical ensembles. Many of these pieces are regularly imposed in national and international competitions.